Welcome to the European Union! 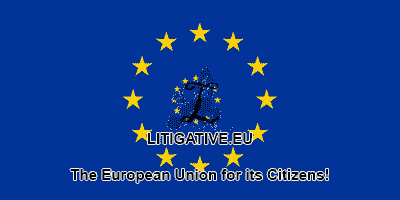 European Citizens
European citizens, by virtue of The Treaty of The European Union, get access to the following rights:

Read more about The Treaty of The European Union

And when any of those rights get infringed, and you need a community of distinguished practitioners working together on sophisticated EU matters, LITIGATIVE EUROPE is here to help.

Who are we?
Litigative Europe, founded in 1998, is an international non-profit association which has been, since its creation, at the forefront of advancing the views of European law and defending the legal principles upon which democracy and the rule of law are based.

What do we offer?
Litigative Europe facilitates the dissemination of information to European residents.
Through its close relationships with the European Commission and European Parliament, is able to promote a regulatory framework of the legal profession and legislation in a number of areas of substantive law, such as criminal law and company law.
It also regularly shares best practices and information internationally through digital channels.